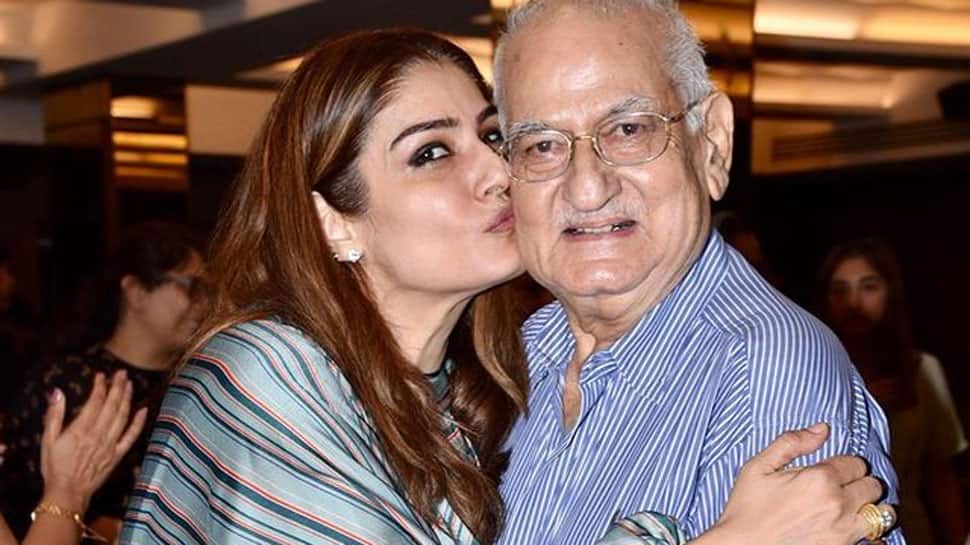 ‘He was suffering from lung fibrosis from past few years. Today he passed away due to respiratory failure at 3.30 am,’ a family member told PTI.

Raveena, 47, shared a heartfelt tribute to her father on Instagram.

‘You will always walk with me , I will always be you, I’m never letting go. Love you papa,’ she wrote alongside a series of pictures with her father.

Actor Juhi Chawla wrote, ‘Heartfelt condolences to you & your family Raveena.. May his soul rest in peace Om Shanti.’