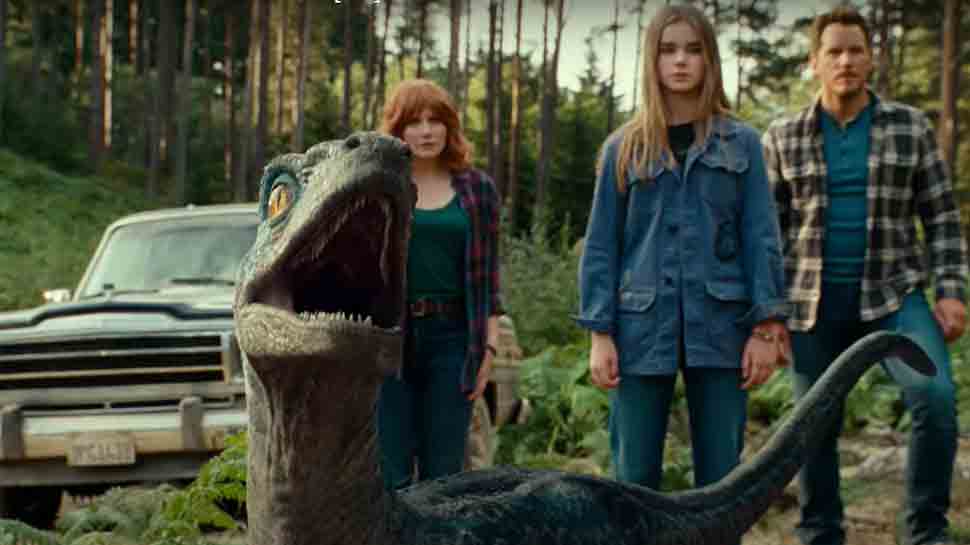 Washington: The much-anticipated first trailer for ‘Jurassic World: Dominion’ has been unveiled and it is packed with equal parts dino action and nostalgia. The film, from Universal and director Colin Trevorrow, is the third film in the ‘Jurassic World` franchise that began in 2015.

‘Dominion’ includes mainstays Chris Pratt and Bryce Callas Howard and also brings back the stars of ‘Jurassic Park’, the 1993 adaptation of Michael Crichton’s novel that first introduced the world to a park in which dinosaurs run amok. Back in action are Sam Neill, Laura Dern and Jeff Goldblum.

In the almost 3-minute trailer, there are dinosaurs wandering free in a wintery tundra and swimming in the ocean as humans look on warily. “Human and dinosaurs can’t coexist. We created an ecological disaster,” Dern says in the trailer, which is a keen observation that should have been apparent five movies ago.

“We not only lack dominion over nature, we`re subordinate to it,” says Goldblum.Earlier, a prologue for ‘Jurassic World: Dominion’, which debuted in November 2021, gave a brief glimpse into this new, alarming landscape.