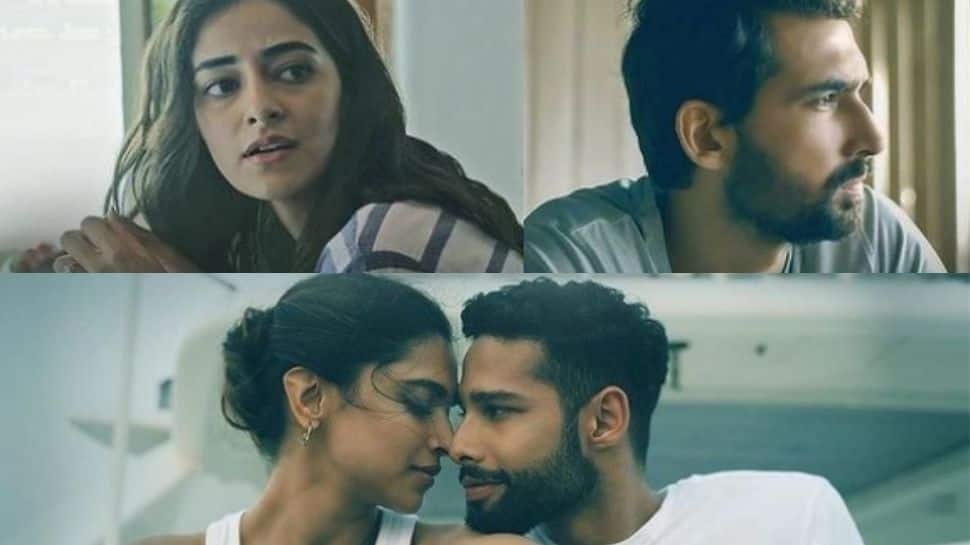 New Delhi: Shakun Batra’s Gehraiyaan is set to release on Amazon Prime this Friday but a few celebs have already given their verdict on the relationship-drama. Celebs including Tahira Kashyap, Sonakshi Sinha and Sanya Malhotra have taken to Instagram to heap praises on the film.

For the unversed, Shakun Batra directorial Gehraiyaan’ deals with love and infidelity. Due to this, intimacy played a huge and important role in the film. ‘Gehraiyaan’ is the first Hindi film to have an intimacy director on board; Dar Gai piloted this role.

Many celebs praised the film for its intimate and deep moments, individually showering love for all the actors.

Take a look at the rave reviews the film has received:

Milap Zaveri had this to say: 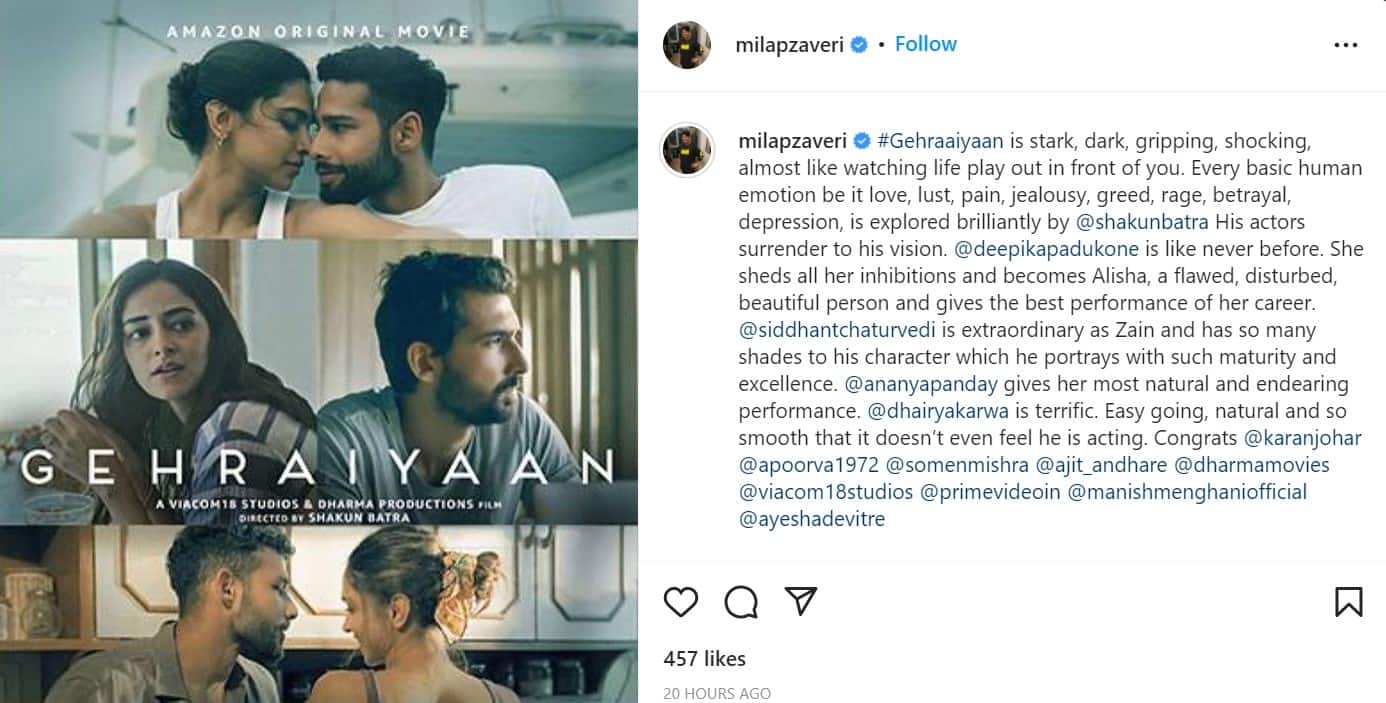 While Sanya Malhotra posted this: 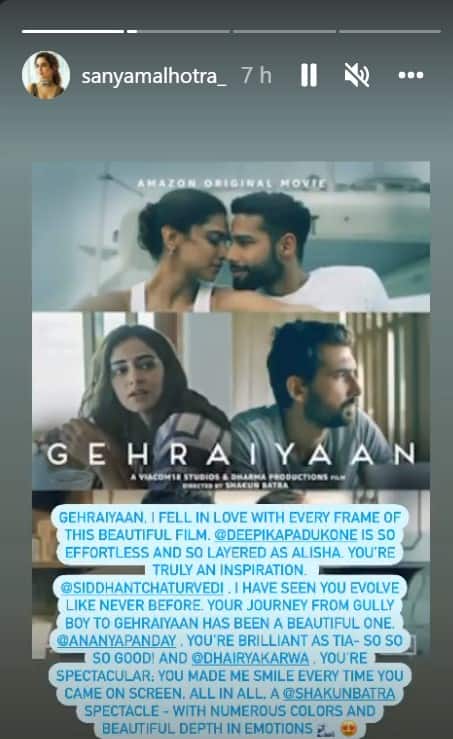 Writer Tahira Kashyap had this to say: 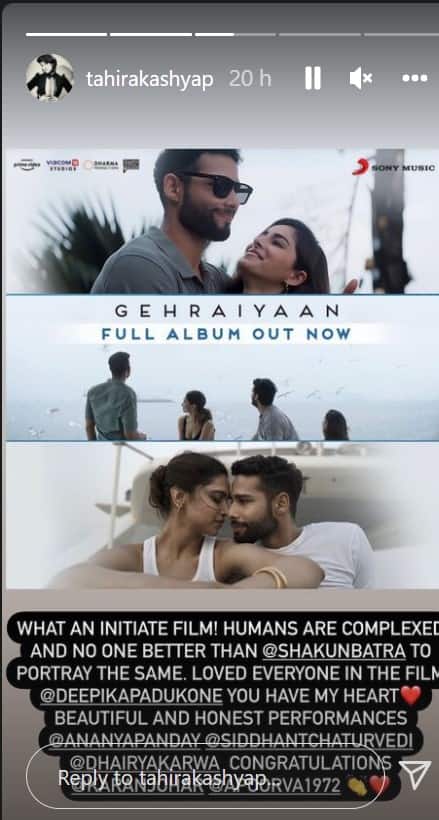 Actress Sonakshi Sinha was also very impressed, she posted this: 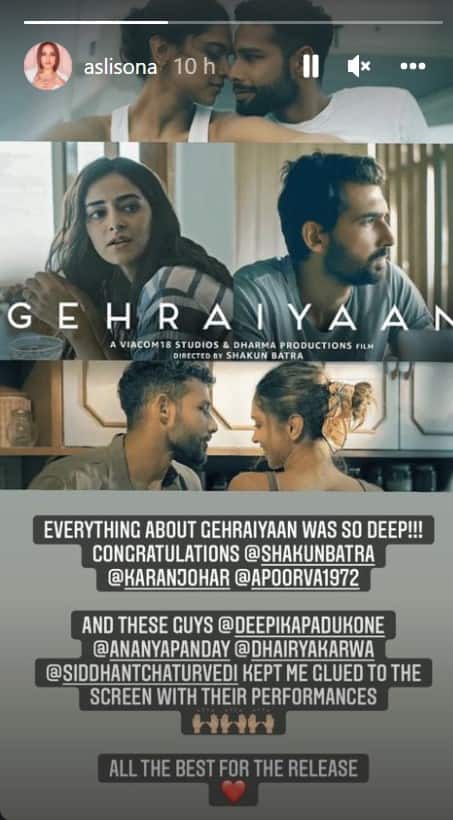 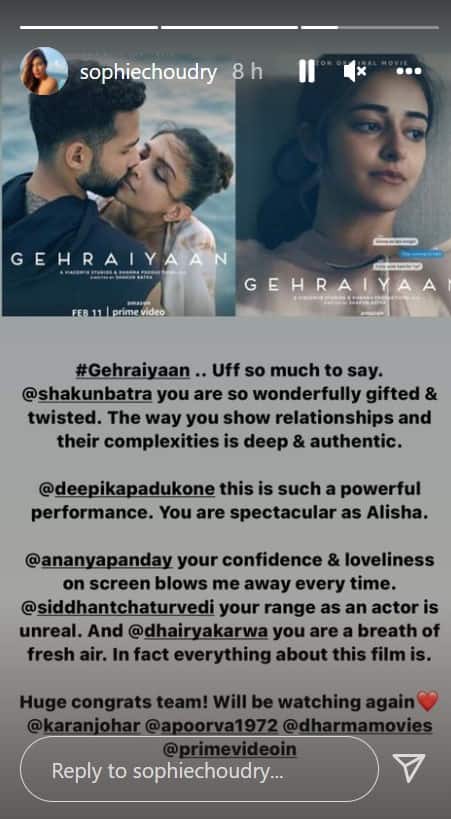 The cast of Gehraiyaan has been extremely busy promoting the film which will exclusively release on Amazon Prime Video.

This will be the first time Deepika Padukone, Ananya Panday, Dhairya Karwa and Siddhant Chaturvedi will share screen space and fans are excited to see how they liven up the film with their own, individual talents.

The beautiful tracks and background score is composed by the musical duo Kabeer Kathpalia and Savera Mehta. On the other hand, the lyrics are penned by Kausar Munir and Ankur Tewari.

The modern-day complex love story will premiere on Amazon Prime Video on February 11.

Curly v2.8 – A Stylish Theme for Hairdressers and Hair Salons

Bowel cancer symptoms: How your poop and its frequency tells whether you should be...