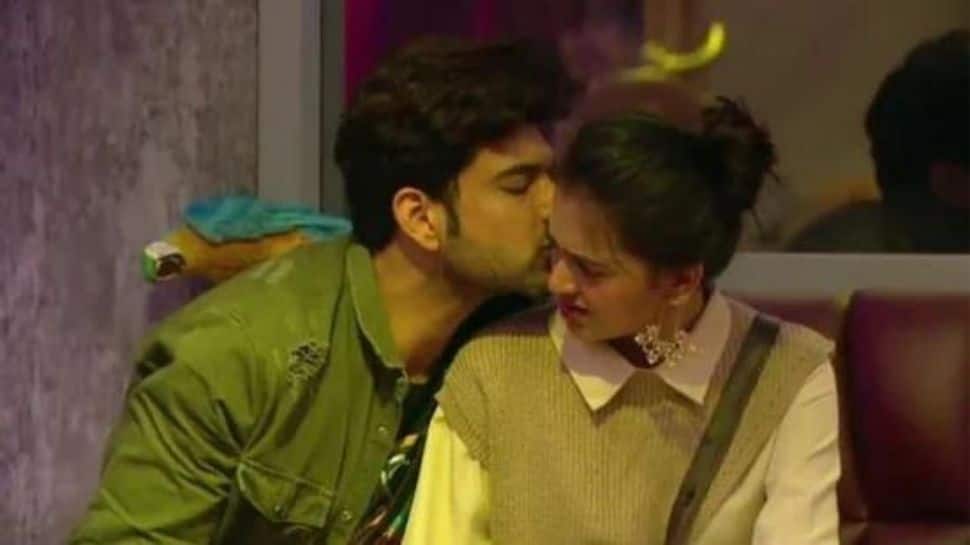 New Delhi: Bigg Boss 15 lovebirds, Karan Kundrra and Tejasswi Prakash are head over heals in love with each other. During their stint in the show, people assumed Tejasswi as more ‘possessive and insecure’ in terms of Karan. But now while talking to Bollywoodlife, Tejasswi has spilled the beans that in real world Karan is more of that kind towards her but hides it from the world.

She even went on sharing that Karan has forbidden her from doing any kissing scenes in the upcoming projects.

When Teja was asked if she would feel insecure if her boyfriend Karan was asked to do intimate scenes, she stated, “I am not the possessive one, he is more possessive and insecure. I always tell him, ‘You are very smart that you don’t display this side in public and I get the insecure tag’.”

Tejasswi said that while she will be supportive compared to him as she is aware that his script might demand it and so she will accept it but Karan cannot, she further added, “I will understand his role’s demand and will be very supportive of him. I know he has done this kissing scene and all, but he has clearly told me that I shouldn’t kiss onscreen, so he is the insecure one and not me.”

The duo has been extremely loved by their fans and is popularly known as ‘TejRan’ by their loved ones.

For the unversed, Tejasswi Prakash emerged as the winner of Bigg Boss 15, while Pratik Sehajpal turned out to be the first runner-up while Karan Kundrra emerged as the second runner-up.

As soon as the show ended, Tejasswi bagged a lead role in Ekta Kapoor’s most-loved serial Naagin 6 alongside Simba Nagpal.